Council pushes forward to reduce use of glyphosate weed killer

The Forest of Dean District Council has brought forward its timetable to reduce substantially the use of glyphosate-based weed killer on council managed land under its commitment to help the environment and to better protect residents’ health.

The move comes after the Council supported a motion to stop the use of the broad-spectrum herbicide on any council area specifically used for food growing at its December Full Council meeting, with the ban taking effect immediately.

Although scientific evidence is inconclusive, over recent years glyphosate-based pesticides and herbicides have been linked to a number of health issues in humans including cancers, causing many to question its safety.

Some studies suggest that glyphosate - used widely across the UK and Europe - does pose health risks for fish and other marine life and claims have linked the chemical to gut problems in insects.

Cllr Sid Phelps, Cabinet Member for the Environment at the Forest of Dean District Council, said: "Following the Council’s decision to ban the use of glyphosate on any council land where food is grown, we’ve now had the opportunity to review other areas of our landholding and, in association with our partners, have been able to find alternative treatments.

"While there is still some debate about the full impact of glyphosate, the far-reaching potential of this chemical to disrupt so many ecosystems is a real concern.  The Forest of Dean District Council has taken the view that to greatly limit the use of this product can only be a good thing both from a public health perspective and to safeguard our environment and those ecosystems which rely upon it.  As such, glyphosate is no longer being used on council managed areas such as car parks, play areas and cemeteries."

Cllr Phelps continued:  "Going forward the Council would like to see a greater acceptance of those plants which are commonly viewed as ‘weeds,’ and change the perception that rather than being a nuisance these native wild plants provide value in supporting essential pollinators such as bees.  Doing so would remove the need to eradicate such plants in many of our landholdings, leading to a cost-saving and increased biodiversity.

"Over the coming weeks, we will be reaching out to our partner organisations, including Gloucestershire County Council and the town and parish councils within the district, to follow our lead on this matter and encourage them to adopt a similar approach."

Councillors have agreed that glyphosate-based herbicides may still be used to tackle invasive species, such as Japanese Knotweed, where there is a duty to eradicate the weeds and prevent their spread into the wild.  In such cases, the use of glyphosate would be very targeted with any plant remnants being subsequently removed.

The council’s longer-term aim is to eradicate wholly the use of glyphosate within its land management operations. 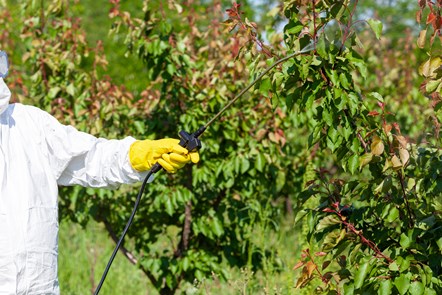