Forest leads on countywide resource to support those suffering in silence

This is a countywide resource and will be distributed via the Gloucestershire Dementia Action Alliance. If you would like to access this independently it can be found on our website or you can email foddc.daa@fdean.gov.uk to request hard copy of the leaflet or A3 poster.

The project has been supported and funded via the Police and Crime Commissioner’s plan.

Cllr Di Martin, Chair of the Forest of Dean Domestic Abuse and Sexual Violence (DA&SV) Group says “I am very proud for Forest of Dean District Council to have lead this initiative. Partners from within the forum will be working with others in the county to ensure that this issue is one that will not be ignored. Alongside the initial launch literature we are planning an ongoing campaign to equip professionals and families with the tools to support and care for their loved ones

Phil Sullivan MBE leads on the Police and Crime Commissioner’s priority ‘Older but not Overlooked’, which aims to safeguard the older and most vulnerable members of the community.

“This is leading edge work and it is very encouraging that through the Police Crime Commissioner we have been able to support so many people living with this illness as well as those who have the often immensely difficult job of caring and supporting them”.

Someone who experienced being a victim of domestic abuse who then develops dementia may find it much harder to come forward through fear of not being believed as a result of their condition.

Their experience of abuse and isolation may therefore be increased and risk of harm to them escalating. Dementia may also cause a victim to re-live trauma experienced by previous abuse.

Someone who had been abusive to their partner previously who then develops dementia may cause significant risk to the victim; with them looking to try and exert their power and control over their partner/family member, and potentially becoming more unpredictable. In these circumstances, please speak to adult social care and GDASS.

If a carer becomes abusive when there was no abuse previously, carer stress should be considered. In this circumstance, please speak to adult social care and specialist dementia agencies. 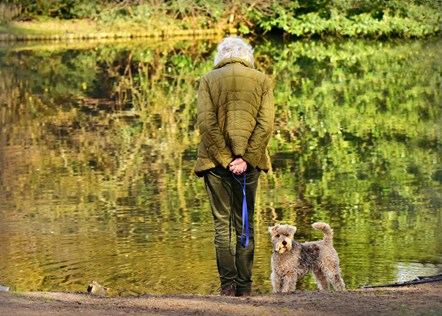