Road users asked to stay vigilant around crews at work

Following a rise in the number of incidents of motorists mounting pavements to get around stationary and slow-moving waste collection vehicles, the Forest of Dean District Council and waste contractor, Biffa, are asking road users to be extra vigilant around waste crews at work - and to only pass when it is safe to do so.

Only 11 episodes of reckless driving were recorded for the whole of last year by the Cinderford depot but incidents are starting to creep up and have surpassed last year’s figure already - possibly as a result of people returning to ‘normal life’ following the pandemic.

James Walker, manager at Biffa’s Cinderford depot, said: “Corporately Biffa has worked hard to raise awareness about the dangers faced by its crews through its Driving Recklessly on Pavements (DROPs) campaign. While we have seen a decline in the number of incidents being reported across the company in recent years, and the vast majority of road users drive responsibly, we have seen an increase this year. The numbers may not sound excessive, but they still equate to an incident every couple of weeks where people’s lives are being needlessly put at risk.

“As we head into winter, we’d like to remind motorists that crews are only doing their job and ask them to be patient and only proceed once it is clear, and to do so with caution. We appreciate that sometimes people are in a hurry but trying to get ahead of trucks by driving along pavements or passing when loaders are crossing the roads endangers lives. Quite simply it’s about keeping everyone safe.”

Councillor Richard Leppington, Cabinet Member for Finance and Waste at Forest of Dean District Council, said: “We would echo this important message by Biffa so that crews can work safely. While safety in the waste industry is improving all the time, it still remains one of the highest-risk areas in which to work, and it’s not only collection crews who could be put in jeopardy by motorists making poor decisions when passing trucks but pedestrians, other roadside workers, as well as other road users.”

Health and Safety Executive statistics for 2020-21 rank the waste and recycling industry as the second highest sector for fatalities, after agriculture, forestry and fishing, with around 10% of all non-fatal injuries in the sector over the last 5 years the result of being struck by a moving vehicle, although not necessarily caused by road traffic.

Each of the Council’s waste, recycling and garden waste vehicles are fitted with 360° cameras which record the space immediately around the vehicle. Biffa works closely with police forces nationwide to follow up on incidents of reckless or dangerous driving to make public highways and pavements safe for all users. 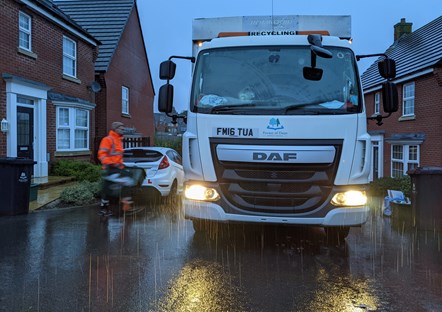 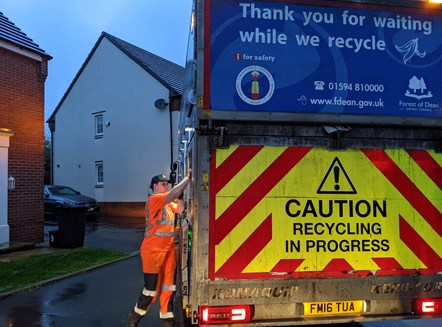 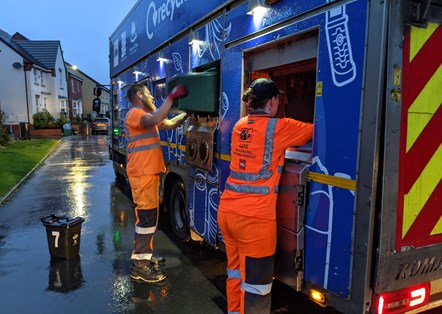 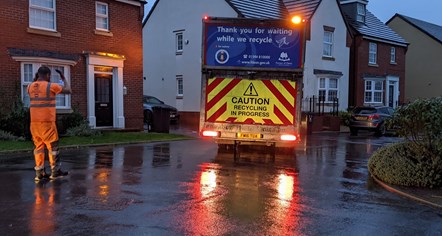